IN THE NICK OF TIME!
Part Three

It’s been a while since I wrote my last blog so here’s a little recap of what I’ve been up to over the last six months.

Up until Christmas, I continued with my usual Saturday nights on Essex syndicate Golden Gates. This period was pretty uneventful with just a couple of low 20s to show for my efforts.

As the cold weather settled in around January I decided to stop night sessions and fish days only. I re-joined Billericay and District Angling Club as it is nice and local and in previous winters I was successful on their lakes. The main water I wanted to focus on was called Thoby Wood, a stunning venue with fish to low 30s. 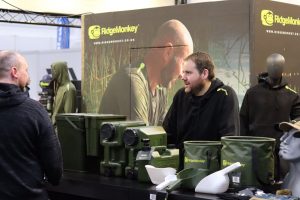 I started here in mid-January on Sunday afternoons only. Unfortunately, my hopes for this lake were dashed as the fish were not playing ball. Around this time I was representing RidgeMonkey at some of the winter Carp shows. I always enjoy the shows – it is great to catch up with old friends but also to meet new faces.

Around the start of March, I started night fishing again on a new water. Although I have been a member for a couple of years I had not managed to put in any time, so this place felt like a new lake to me. Due to the club rules I am unable to name it, so, for the purpose of this and future blogs, I will refer to it as the Essex club water. 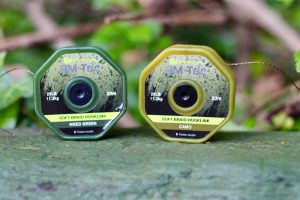 The lake is not particularly big but holds some stunning carp in the 40lb bracket. The members are so welcoming and you always feel at home there. My first couple of sessions did not prove to be as productive as I hoped, but I knew it was only a matter of time before I caught my first one, just as long as I stuck at it. As spring approached I changed my tactics from the usual shrink tube blowback rig to my old faithful lamppost rig. This is a simple pop-up rig made with size 6 RM-Tec Beaked Point hooks and 25lb green braided hooklink. My bait is Receptor Spice from The Bait Asylum and I am a big fan of fluro white pop-ups in the spring.

At last I was off the mark. I remember, following the Farnborough Big One carp show, I still had two days annual leave to go fishing. I went to the lake as soon as I got home and, as I arrived, three anglers were all packing up. I realised I had the whole lake to myself so I scouted round but did not find any particular spots and opted for the Car Park swim. I cast all three rods between 40-60 yards into open water. All had PVA bags with crushed baits which I feel gives me a massive edge. Throughout the day, it was quiet, with little activity. As dusk set in I spotted two fish stick their heads out, not too far from my baits. 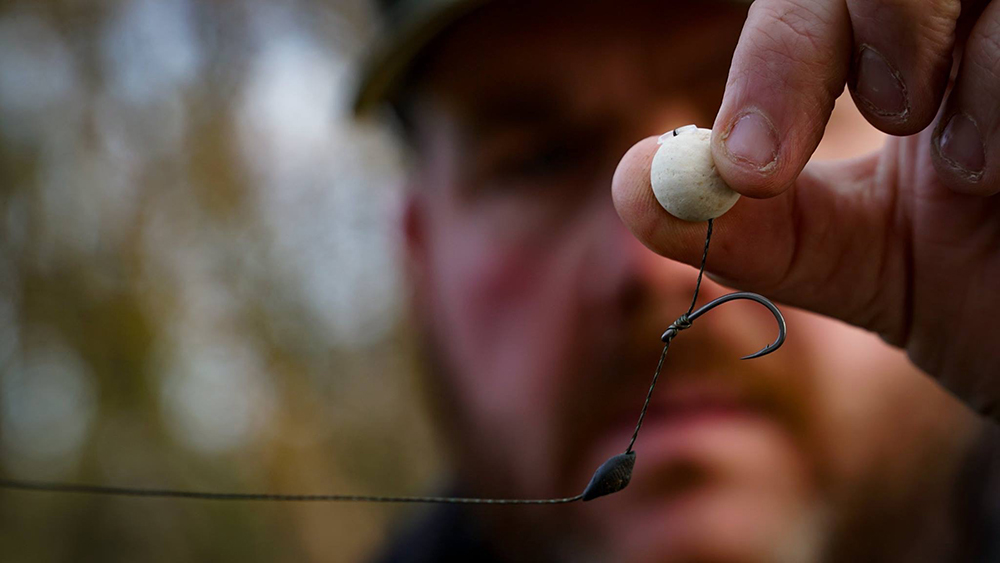 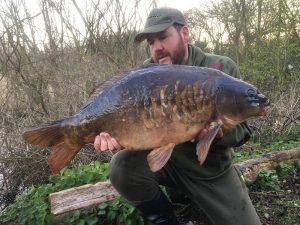 This was my first time this year that I felt I was in the right place at the right time. I was confident this would be an eventful evening, which it soon was. My middle rod was the first to go and it went off like a train. Soon I was looking at a stunning old carp of 28lb. I was off the mark and over the moon.

In April, following the clock change, my Saturdays offered extra evening daylight hours – this also meant the lake was busier on the weekends, but the fish were also more active. I did catch a couple more over the coming weeks, a 28lb common and 25lb mirror which was a last-minute take. I was all packed up ready to go home and it was the only rod I still had out, but it screamed off. My luck was in. 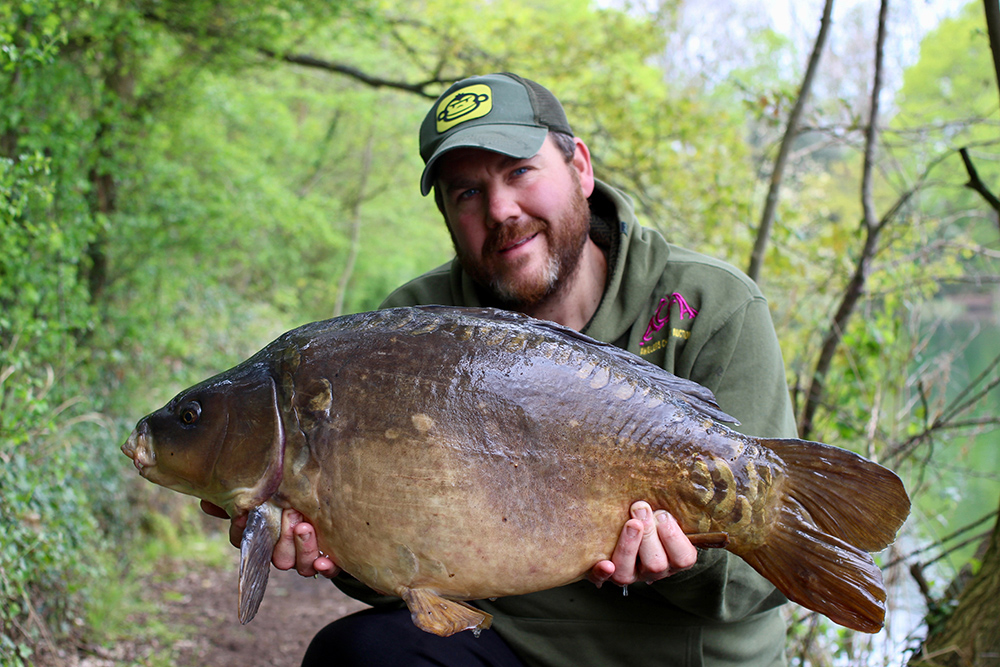 My latest session to date was a 24-hour stint during the week. I had five bites but lost three. As for the other two, one was a tench and the other a lovely 27lb scaly mirror. Annoyingly, I could not take any pictures as I left my self-take equipment at home.

So, as I said earlier, the Essex club water will be my main lake for this year, but I will also be visiting Golden Gates as I still have some target fish to go after.

Hopefully, I will have some great catches to tell you about as well as sharing some exciting RidgeMonkey products.